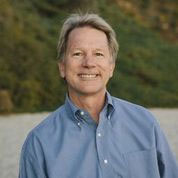 Troy L. Tate graduated from UCLA Law School in the top ten percent of his class in 1982. After trying cases before judges and juries for many years, he became intrigued about how to increase his power to influence them by learning what makes them “tick”. In 1998, Mr Tate turned his passions and talent for understanding and influencing people from the courtroom to the boardroom.

Troy L. Tate first worked with existing personality tools but found them to be lacking. So he developed his own tool and the technology to maximize its power. Troy L. Tate tested and refined this technology while serving in a management position at a large publicly traded corporation and later as COO of The Abraham Group, the flagship company of Jay Abraham. Mr. Abraham is a world renowned marketing guru and author of Getting Everything You Can Out of All You’ve Got.

Troy L. Tate is the author of The DNA of Successful Leaders: Tapping Your Natural Power to Win Friends and Influence Others, which lays out the current “DNA” techonology he has developed to maximize the influence business leaders can have in getting their teams to perform at their best.